Our little man is officially 7 months old! The months seem to be flying by and I can’t believe that somehow we are actually closer to him being one than we are to him being brand new. It’s just wild! 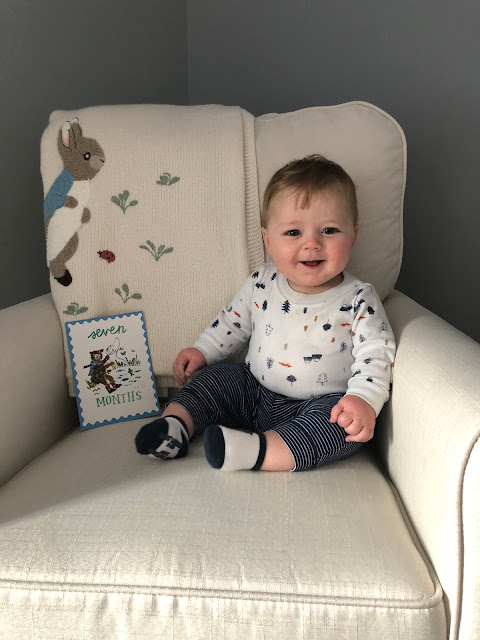 Weight: 20 lbs according to my home scale. A sweet and solid little guy.

Height: No height this month because I haven’t managed to wrangle him to measure him at home.

He loves to eat! He has been thoroughly enjoying trying all kinds of new foods and is always a pretty happy camper at meal time. He loves his little stacking “donuts”. He got them for Christmas and they’ve become a favorite for sure. He loves to chew on his teethers, or his toys, or anything he can get in his mouth. He loves when daddy comes home from work in the evenings. He likes to hold his toys in the bath tub and loves to squeal and shriek and make all kinds of noise. He likes to be tickled and making silly faces. He loves the wind in his face and watching Bo play with his toys. He likes to snuggle after nap time. He still loves Goodnight moon but is also starting to enjoy some other books too. 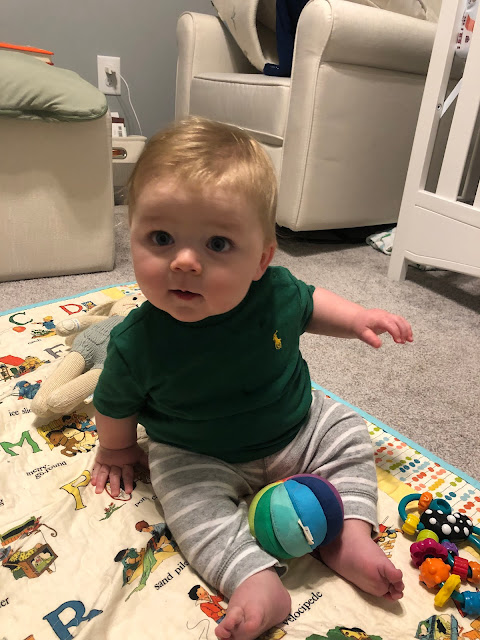 Having his face wiped. Not a fan at all. I put that in his 6 month post as well, but he continues to be unhappy with our desire to help him have a clean face. But if you sing and make noise and act like it’s a game he will usually be tricked into letting you get a quick wipe in. Other than that he’s a pretty happy man as long as he’s fed and not getting too sleepy. He’ll fuss if he starts to get bored but is pretty quickly calmed with a change of scenery or a different toy to play with.

His sleep schedule is pretty much the same from 6 months. He’s still taking three naps. Usually the first one is his longer nap. Then the middle nap is a mystery- it could be an hour, and hour 15, 45, 40- who knows! And then the last nap is always a cat nap just to help him get to bedtime so it’s usually only about 30 minutes. He’s usually up for the day around 6 and then spends about 2.5-3 hours awake in between each nap. I love having a slightly more predictable schedule these days because even though it’s not exactly the same each day, I’m able to plan a little better based on how things usually go.

He is still nursing about every 3ish hours, sometimes 4. And we’re adding in more and more solid food which has been fun (and a little overwhelming too!). He will usually eat breakfast about an hour after his morning milk and he eats his dinner when we eat dinner, usually eating some version of what we eat. Sometimes he eats lunch as well or a little snack in the middle but that’s not as consistent yet and kind of depends on our day. He loves to try new foods and I am trying to introduce him to as many things as possible. I try and pick up a few new things for him to try whenever I get groceries for the week. This week we’re trying spaghetti squash and mango for the first time! He’s been a champ and up for all kinds of things! A new favorite of his is salmon. 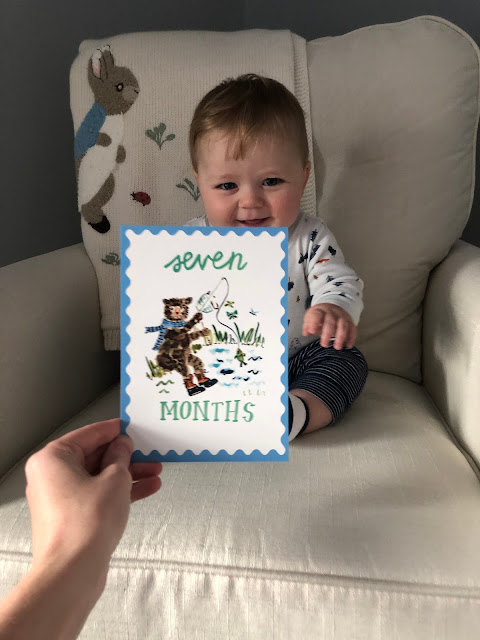 Since we have around 3 hours of awake time between naps there is plenty of playtime! We spend plenty of time on the floor on his playmats Paying on his belly, on his back and sitting up. He plays with all of his new toys he got for Christmas and loves them all! We read books and try to take a walk when it’s nice out. Mealtime always takes up some of our awake time and he usually hangs out in his activity center while I get it ready or cleaned up. We take rides in his little wagon and sit on the porch when it’s not too cold. He helps me do chores around the house (well he joins me while I do them). We try to get out once a day too. Sometimes it’s to see a friend, other times it just for an errand but it’s always good to get a change of scenery and be out and about. He’s the best little buddy to hang out with each day! 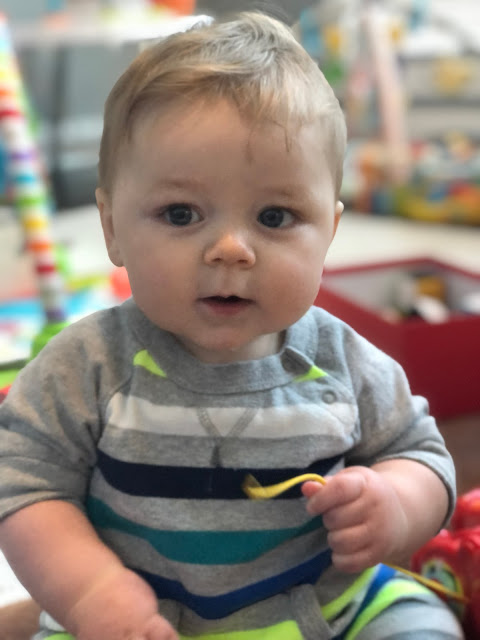 Christmas! I mean how could his first Christmas not be a top moment? It was magical and sweet and something I’ll cherish. I wrote all about it here if you want to read more.

What I’m Looking Forward To: I’m excited for a lot of the milestones we’re getting close to like crawling (he’s trying so hard on this one), learning some of the baby sign language I’ve been teaching him, first words. It’s so fun to see what new thing he’ll do! 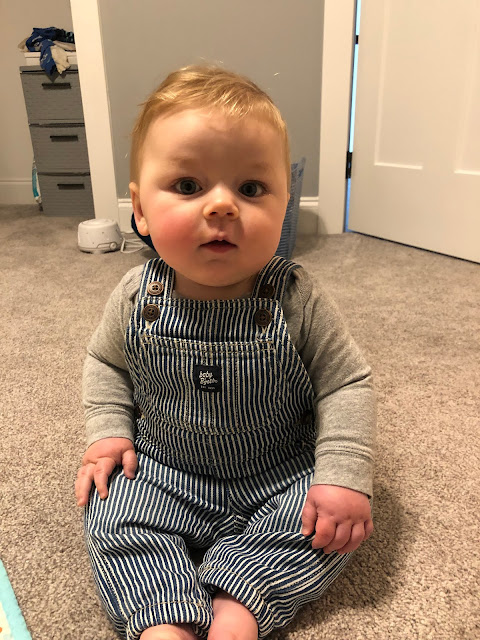