Normal Routine? Is That You?

Nope, not yet. But we're trying! I had anticipated that since the move south meant I wouldn't be working right away I would have so much more time to blog. Hah! As it turns out, there is so much to do when you're moving that any extra time you do have, you are too exhausted to do anything else. But I do finally feel like this week, we're moving towards a semblance of normal over here. We officially moved into our home on the 17th- woohoo!! But let me back up just a couple of days. And yes, I know it's December 1st and I'm talking to you about mid November but that's where we are.

In the few days before we closed on our home, I headed to my sister's home to visit with her family to give myself a break from hotel living and have something to do while hubby was traveling for work. It was so wonderful to eat some home cooked food after a week of nothing but restaurants and sister and I had some much overdue sister time. It's so exciting to only be a short drive away from her now. Now short is a relative term in my book because she was living on the other side of the world and then upon their return  I was still 11 hours of driving north of her. So it's not like they live down the street, but a quick 3 hours seems like a breeze! 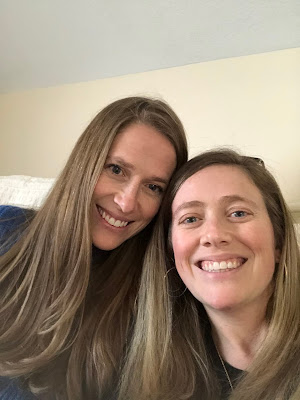 We talked and shopped and got lunch at the cutest cafe with an attached warehouse style store full of different booths of items to peruse. And I can't forget that sister time also equals nephew time! We snuggled and read 1,000 books and built towers so that we could knock them down and I soaked up every minute. 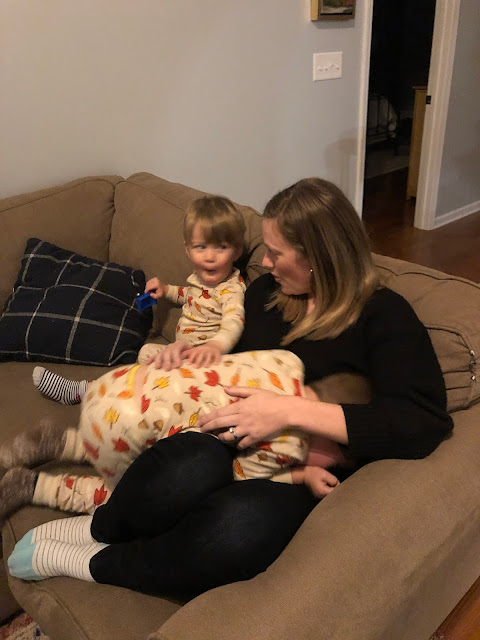 It was a quick trip but just the refresh I needed to push me into the rest of my busy week. I left her house and headed straight to our house closing. After all the million papers were signed (seriously, why is it so many?) we started trekking around to get all of the utilities set up. I do not understand why things like the water and electric company are not smack dab in a central location. In theory, everyone needs to go there at some point, so why are they out in the boondocks? And not near one another? Electricity and water secured, we ran a bunch more errands to be ready for move in before grabbing dinner to celebrate our new home and prepare for one last night of hotel living before finally getting to move in. 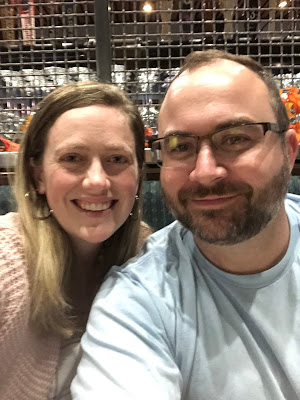 The movers came the next day, oh and the internet company, and we had a bed delivered. So it was basically chaos but those movers really moved! Things were unloaded and out of boxes in about 6 hours. But let me not mislead you, when I say they were out of boxes, I did not say they were neatly put away. Merely out of a box and on a flat surface. Or in a big pile... 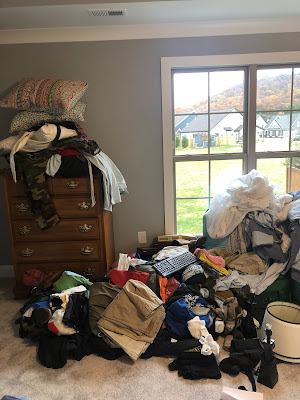 So Thursday night was spent getting the kitchen counters cleared before ordering takeout pizza. You don't realize how much stuff you actually own until is all sitting on every surface in your home. Hubby and I both determined after this, we may need to pare down a bit. But while we are wanting to pare down, we also bought some new things - whoops! But we needed a new rug for our living room and found this beauty that I just love! 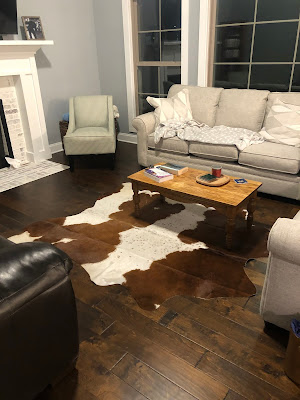 We have since rearranged some of the furniture here, but the rug is still my favorite :)

We spent the weekend putting things away, getting a few more things delivered, and trying to make our house look more like home. We had to be prepared for turkey day obviously! Wait, you didn't think that because we moved in the week before Thanksgiving that meant we wouldn't be hosting people at our house all the following week did you? On Tuesday my aunt and uncle brought my grandmother over to spend the week with us and Wednesday brought my in-laws for a few days, followed by my own parents arrival on Friday. Why have a new home if you can't fill it with people? 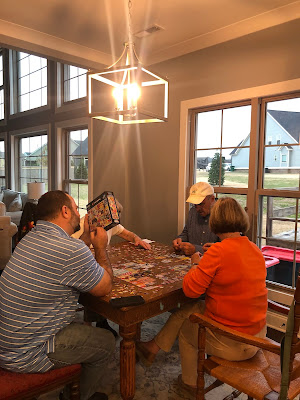 It sounds like a lot and well it also kind of felt like a lot but mostly it felt joyful and warm and made me extra thankful we have so many people who love us. There was some seriously puzzling being done, games played, and of course too much food consumed! Hubby smoked two turkey breasts... one of which was wrapped in bacon! Plus we had all the fixings, my favorite is always the stuffing. It's really dressing I guess because I don't stuff it in the turkey but I always call it stuffing anyways. 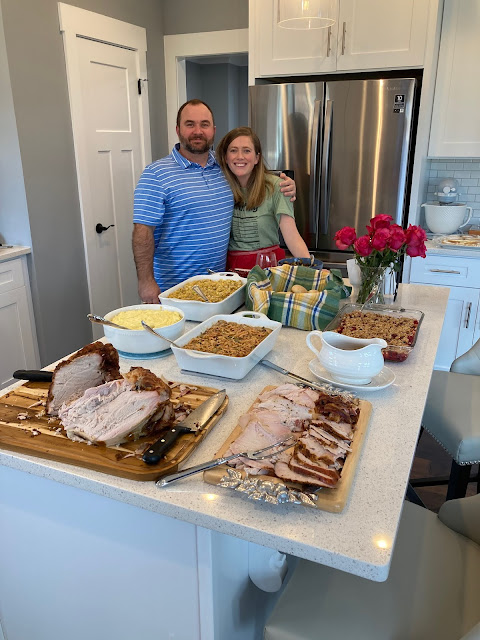 The last of our company pulled away on Sunday morning. And as one holiday ends, a new one gets going. We got a tree on Monday and I sure do love a lit tree in the evenings. I don't have a picture of it with ornaments on it but you get the idea. We had to get on top of things and at least get the tree up because boy our new neighborhood is full of Christmas spirit. They're going to think we're scrooges if I don't get my wreath on the door or some lights on the porch. Two weeks of my life, wrapped up in one post. But now that things are finally settling down...she says hopefully...I fully intend to be keeping you in the loop on a much more regular basis. 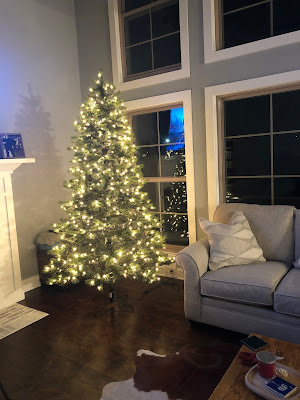 And for those of you that weighed in on our zoo/aquarium decision...we went zoo! I took no pictures as proof but we made a good choice. The aquarium and about 100 other things are still on our list though!