The newborn stage is tough. It’s completely adorable and sweet and precious but it’s also a challenge while you try and figure out feeding and sleep. I’ve been doing naps in the crib for JB for several weeks so that he’ll be used to the space when he moves there for night eventually. And overall he’s done great! However lately his naps have been inconsistent and shorter than I’d like, often only lasting 30 minutes ish before he’s fussing. What I am finding though is that he’ll go back to sleep on me if I go get him. I can usually stretch his nap out by letting him fall back to sleep on my chest of rocking in my arms. This was stressing me out because I really wanted to have that good nap time in his crib and felt like I was doing something wrong when it wasn’t working as well as it had been. That I was setting myself up for future sleep troubles.

But then I went to my parents for a couple of days and my mom said something to me while I was letting him take his nap on my chest. He hadn’t napped well that day and so after he woke up after only a few minutes in his pack n play I went to get him and decided to just hold him for the nap. I told her it had been a hard day for naps and this felt like the only way to squeeze one in and she looked at him sleeping on me and told me it was hard to even remember my sister and I sleeping in her arms. We did, often, but it was hard to remember since it was so long ago with so much life lived in between now and then. And I thought to myself that I don’t ever want to forget the feeling of him asleep on me. The heat and weight of his tiny little chubby body on mine, the baby snores and little sounds he makes when he sleeps, I want to remember all of it.

But I know, like my mom, there will be a day in the future where this will be hard to remember. Where there will be so many other memories that the newborn naps will be hard to recall. So today when he woke up after 30 minutes and I decided to let him sleep on me a little longer, I didn’t feel bad or stressed. I didn’t worry about what that means for future sleep. I just held him and watched him and tried to freeze time so I could hold onto these moments as long as possible. 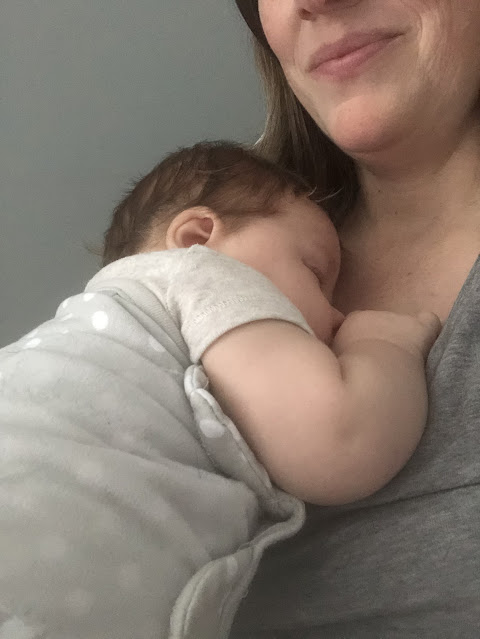