Three months? Are you sure? Time is literally flying! This month was so fun because his personality is coming out more and more. I could watch him smile and laugh all day and not lose interest it is just the sweetest thing there is. And as he's settling in to himself more, it's becoming easier to be out and about with him too. He's a bit less fussy in the evenings and he's awake a bit more during the day so it's easier to be a bit more flexible with our outings.

Weight: He is now 15 lbs. We haven't been in for a well check but we did get his weight checked just a few days shy of the 3 month mark when we were in for a sick visit :(  But it was exciting to get to see his weight. He's growing, that's for sure 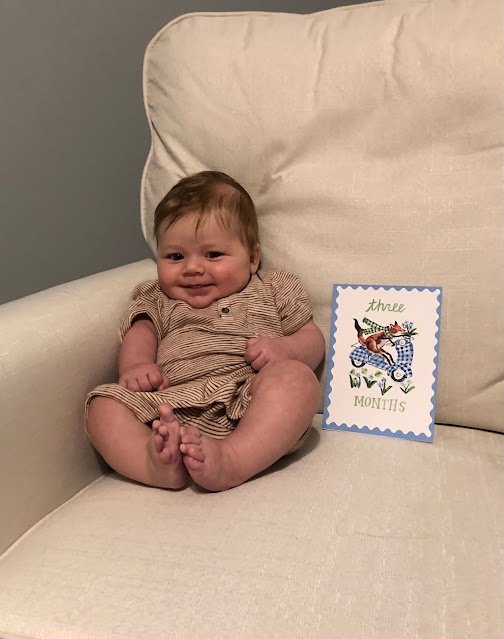 Likes: He loves his mat and is starting to interact more with the different pieces -grabbing at them and noticing when he kicks them. He also loves to just be outside and look around and enjoy the breeze. He loves laying on his back so he can kick his legs as fast as possible. He loves to "stand" and also likes to practice sitting up (with help obviously). He definitely loves to be part of the group, and still prefers to be held upright in a sitting position where he can check out what's going on. He likes music and making faces at mommy and daddy. He likes to chill in his bouncer while mom folds laundry or unloads the dishwasher and is also enjoying his carrier especially now that he can face outwards. 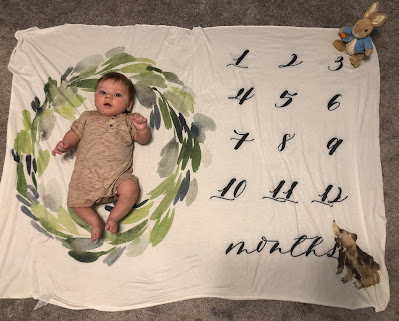 Dislikes: He does not like to miss out on anything so he has started to fight sleep time a bit. He's too worried all the fun is happening during nap time.

Sleeping, Eating and Playing: He is still eating every 2-3 hours during the day and we're still getting longer stretches at night. We seem to have a hit a bit of a growth spurt so he's been waking up a bit earlier than usual in the night- after about 5 hours to eat. But I'm hoping that's just a phase and he'll be back to doing an 8 hour stretch soon. Daytime sleep still isn't his strong suit but he's been doing better, taking naps closer to 40-50 minutes instead of 30. He usually takes about 5 naps a day still since they're not super long. Lately he's been up for the day around  7 and he usually goes down for the night around 7:30. It's been great to have a slightly more set schedule although it's never exactly the same it's nice to have a bit of predictability. Usually he's awake, then eats and gets a diaper change before we play and then down for nap. Right now he's usually awake for about 1.5 hours between naps which has given us lots more time for playing in this phase. 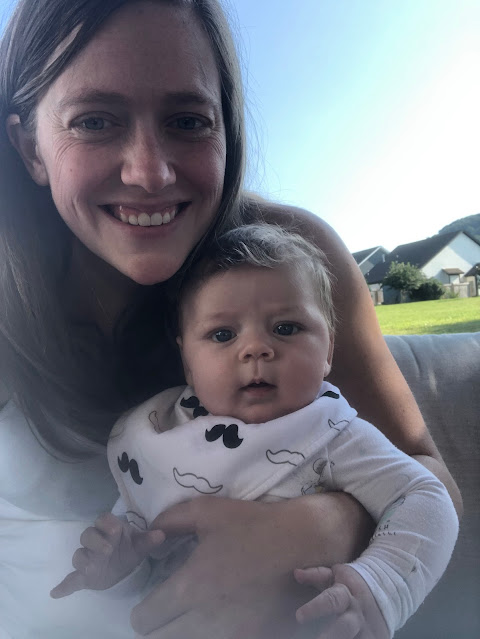 Favorite Moments: A few of my favorite things about this month have been the increase in smiles and the real, actual belly laughs we're getting. He also had his first trip to the pool and swim in the lake which while not his favorite was super cute for the rest of us. I also love that his nighttime fussiness is dwindling. The witching hour was tough and it's so nice to see that fading and have him be a bit more pleasant in the evenings. Dad loves this especially since it's the time of day that he's at home and gets to spend with him. 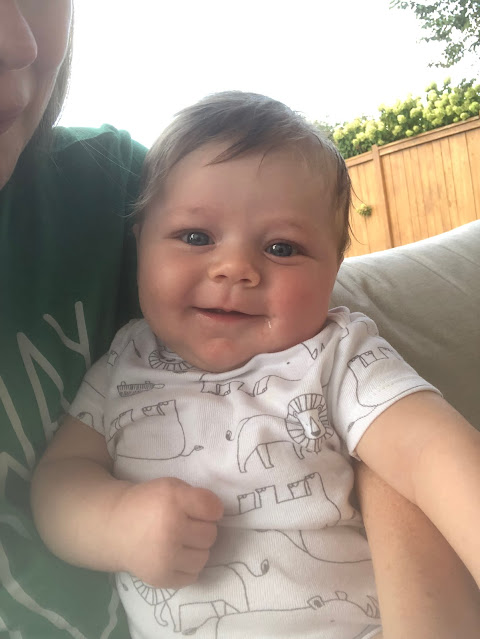 Oh how I love watching him grow!