After the little man was mostly recovered from his yucky cold we had a lovely weekend with some special visitors! My cousin and her husband came to spend the weekend with us and we got to do some touristy things. Due to the timing of our move around the holidays and then me being hugely pregnant we haven't done much of the exploring we would like so it was great to have a reason to get out and see things! There was also plenty of porch sitting, and lots of catching up talking. 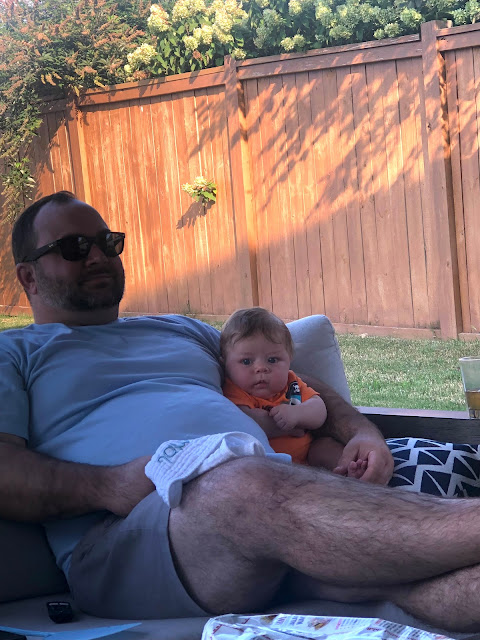 My cousin, my sister and I are all pretty close in age which was buckets of fun growing up. We didn't live close by but took advantage of holidays together often! And then as luck would have it my sister and I both ended up going to school near our cousin and her parents so we were lucky to spend a lot more time together in those years. Now we're back to living farther apart so we'll take advantage of the time we get together whenever possible! And I think it's safe to say JB has a new buddy! 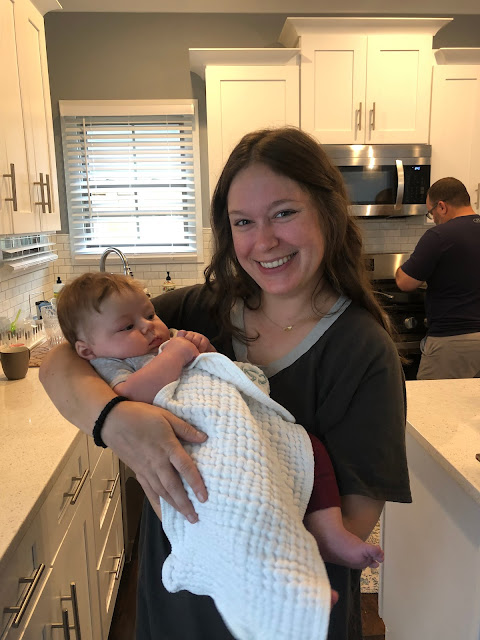 Saturday we ventured up to Lookout Mountain to see Ruby Falls. This is a waterfall that is actually inside of a cave. So you do a little cave tour and your reward at the end is this beautiful waterfall. It was crazy to me to learn about how this waterfall was discovered and to see the narrow, oh so narrow, space the original explorers crawled through before finding it. 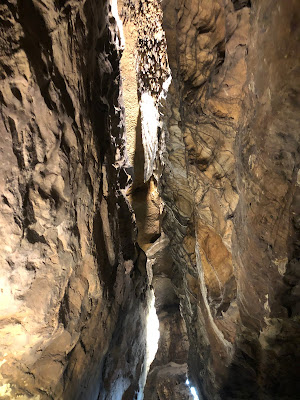 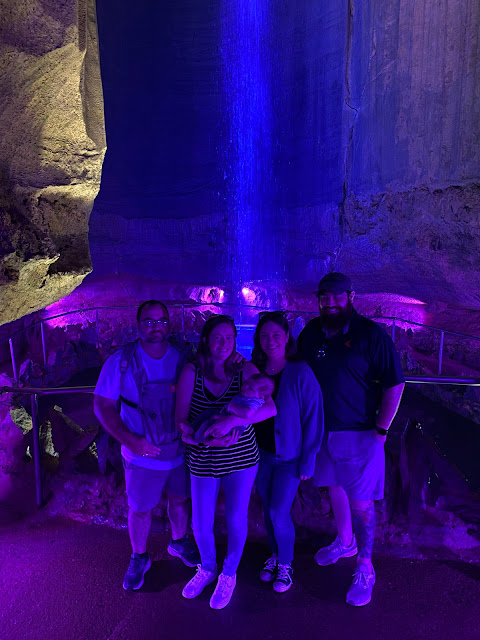 Along with the cave tour and falls, there is also a pretty great overlook where you get a great view of the city! There's actually two levels and I imagine the top level has even more spectacular views but between the bright sun and the precarious looking (to a first time mom) railing, I decided JB and I would just hang at this first level while the others checked out the top. 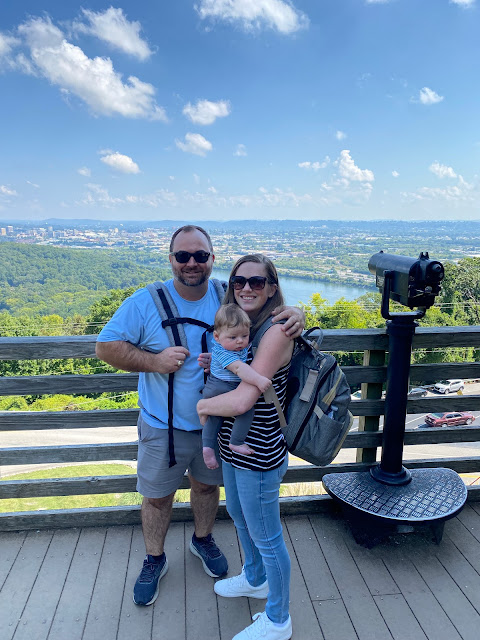 We finished off the day with a yummy lunch before heading back home to grill out and watch some college football. The weekend was full of yummy food, storytelling, some relaxing and lots of snuggles- both for the baby and our dog who was so sad to see his new BFF leave.It was definitely a great end to a not so great week!