We made the trek with our little man over to my parent's house for Labor Day weekend. They live on the lake and we were excited for little man's first lake experience. I did take him a couple weeks ago but he didn't get in the water and we were excited for him to test it out. The weather had other plans and it poured buckets almost the whole weekend! But we definitely made the best of it.

September is birthday month in my family so we celebrated both my dad's birthday and mine while we were there. So there was a lot of cake and sweet nephews helping to blow out candles. 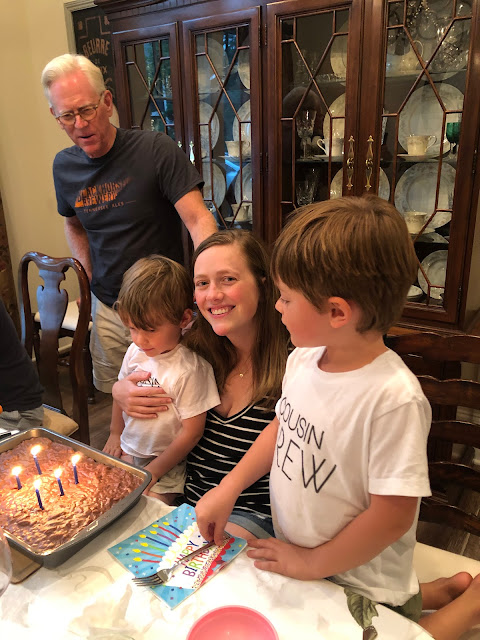 I have the world's sweetest nephews and the oldest is the biggest snuggle bug. We are best buds and I loved the extra snuggles, secret sharing, casual chats and the sweetest unprompted breakfast hand holding. 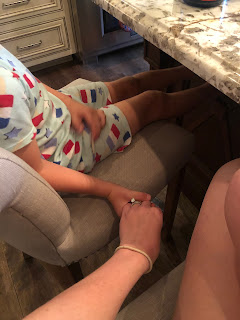 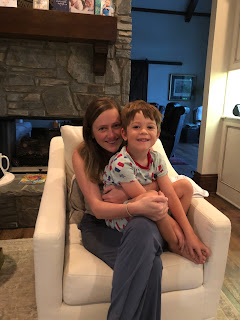 They are also over the moon about their new cousin and were great at keeping him entertained over the weekend. And JB thought they were just the best. 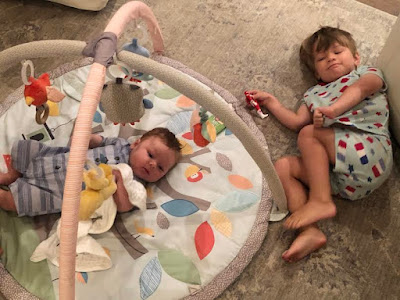 Sunday my in-laws came to join us as well so he got all the love from all the family. He's probably wondering why there aren't as many people just dying to hold him all day long now that we're home because he sure was loved on this weekend. He loves to be in the middle of everything and be able to see all the excitement that's going on. He's not so much a "hold me so we can snuggle baby", more of a "hold me so I can see better" baby and there were plenty of people to oblige that request throughout the weekend. 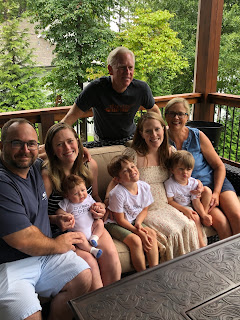 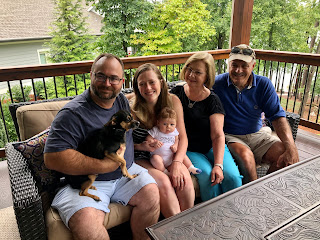 On Monday, the clouds finally parted for a few minutes and we made a quick trip down to the water to see what he thought. He was not a fan and was in and out pretty quickly. Hopefully next summer the ratio of getting ready for the lake and actual swimming will be a bit better. This year, we spent a lot longer getting all the gear on than we did in the water. But he makes the cutest water baby so we're all ok with that. 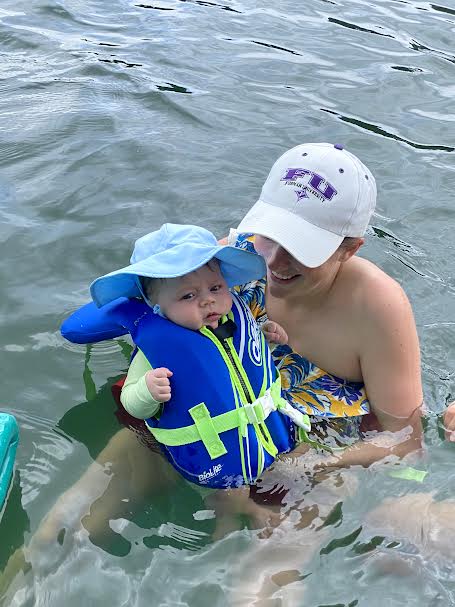 As it turns out our chihuahua doesn't hate the water either! I wouldn't go so far as to say he likes it, but he tolerates it and got in more than once! The first time was against his will but he decided it wasn't so bad and he got back in himself. He, like his new little bro, does not want to miss a thing and if people were in the water well then so was he! 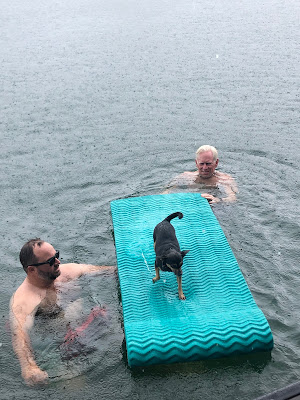 Monday also meant JB's first game day! He's going to be a Clemson fan whether he wants to or not and while he didn't make it to kickoff for this game, I'm confident there is plenty of Clemson football watching in his future. 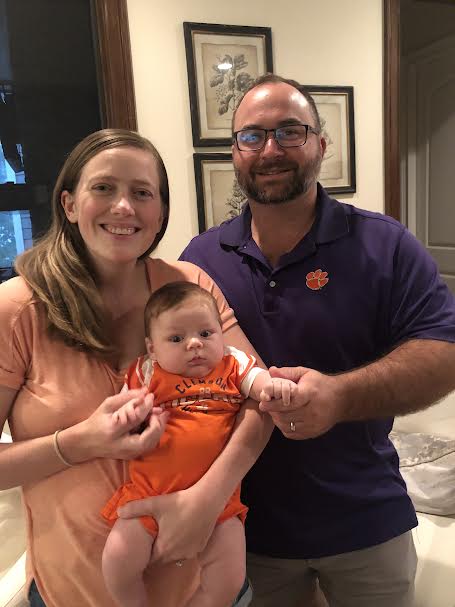 After a fun filled weekend we made our trip home on Tuesday but not without making a few stops! We decided to take the long way home allowing us to swing by hubby's grandparents on the way who hadn't met our little guy yet. They were over the moon to finally meet him and he was equally as happy to meet them based on all of the smiles we saw. We were also able to make a pitstop at my grandmother's house and take her to dinner. So she was also able to squeeze in some snuggles.

Before our final leg home we got buddy all snug in his jammies to hopefully encourage him to sleep on the ride and make for an easier transfer once we were home. The ride started out a little dicey and I thought we were about to have a very overtired baby on our hands but he did finally go to sleep and made the transfer to bed like a champ!

Having a baby seems to make everything more exhausting, but it also makes it so much sweeter.