Yesterday, hubby and I celebrated our 1 year anniversary! Neither of us could believe a whole year has already gone by but then when we start to think over our year, it's amazing how much life we crammed into year one of marriage. 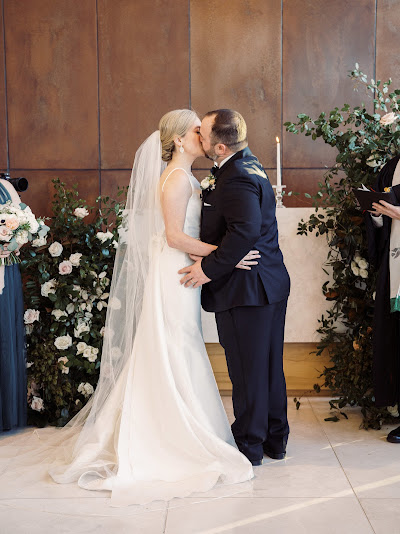 Year one started with what I consider to be the best party I have ever attended or will ever attend in the future. 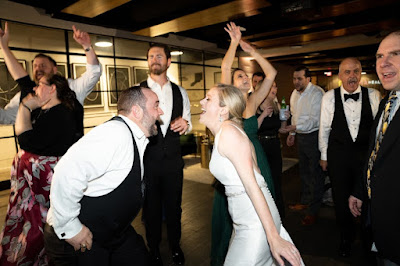 This picture may not be the most flattering one I have of the two of us, but if it doesn't scream "we're having the best time ever" I don't know what does.  Now I know I'm bias but the day was truly the sweetest of days full of joy and celebration and happiness. I know there were nerves and stress, because thats what happens when you get married in a pandemic and things are not guaranteed to go smoothly. And of course there were people missing from the day that we wished could be there. But that's not the part that hangs with me. The parts I dwell on and think about (pretty regularly) are the ones that bring a smile to my face and a calm to my heart. 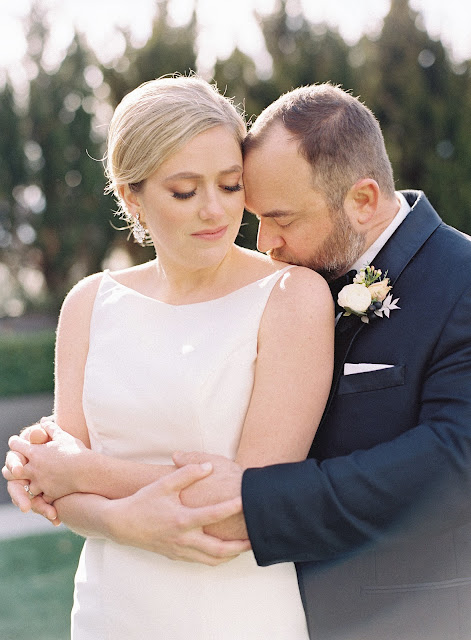 And then we went back to real life and a foot of snow outside our house and jobs and planning dinner and running errands. All the things that real life is made of.

As the year crept on, we celebrated Allan's 34th birthday... 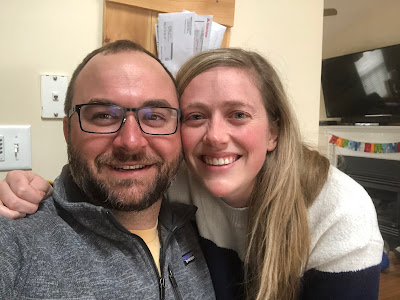 managed to have a mini getaway to Atlantic City... 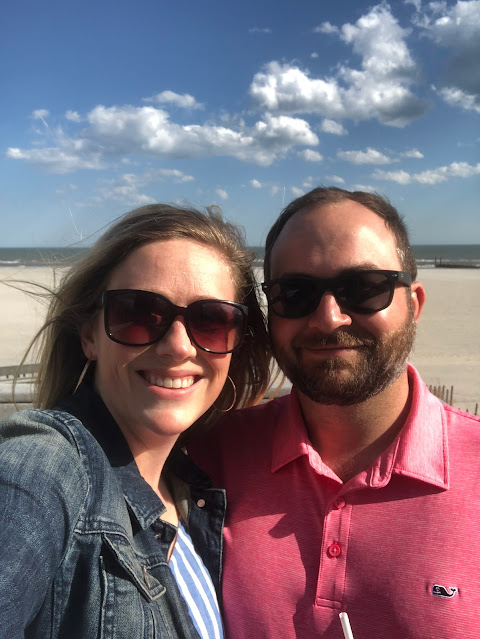 and then of course our honeymoon in Grenada which we had delayed until the summer. 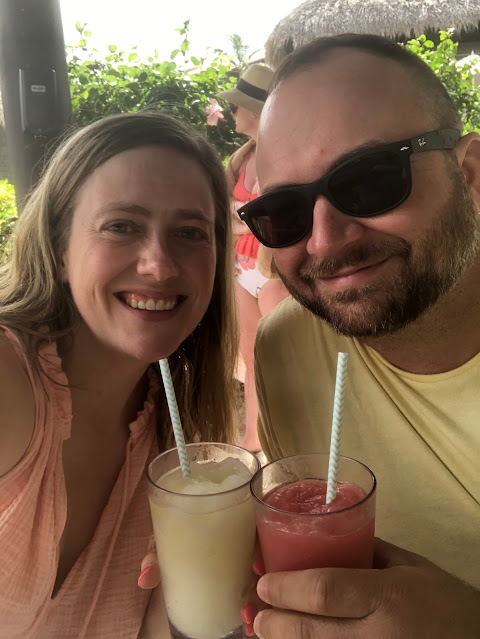 We also hosted both sets of parents at different point in the spring, getting to show off the mini renovations we'd done to our home and show then around our Pennsylvania stomping grounds.
We continued Friday date nights, a favorite of ours and then unfortunately had to say goodbye to our sweet Gemma in July. 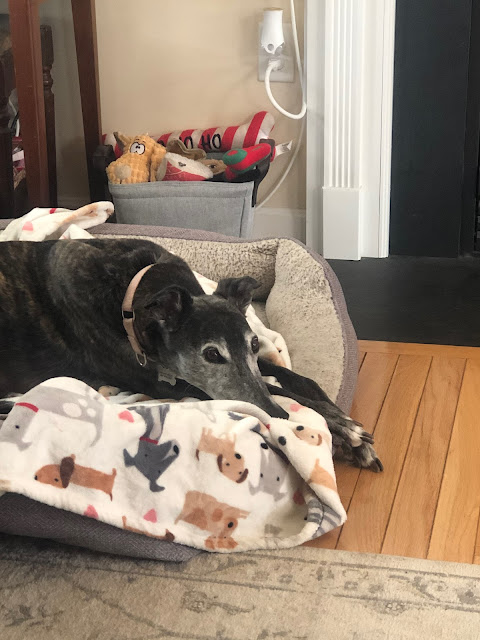 We celebrated my 31st with a weekend trip to Harrisburg in September where we sharpened our axe throwing skills... 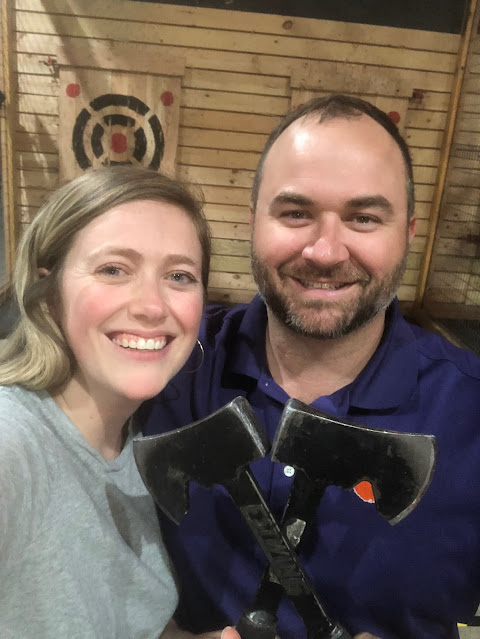 And then not long after that began our whirlwind adventure of moving south. We found out we would be relocating at the end of September/early October. And about a week later I discovered I was expecting.
Fast forward a few more weeks to the end of October and we were buying a house, selling a house, packing and driving towards our new home. 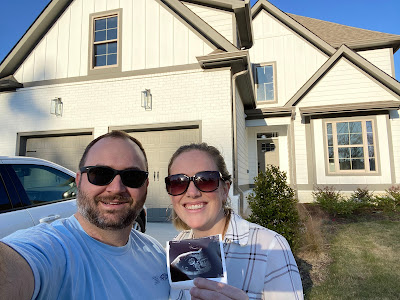 We saw baby and heard the heartbeat for the first time in mid November as we unpacked boxes and prepared to host our first Thanksgiving in our new home. We ate turkey with people we love then we packed up just a few weeks later to hang out around a few different Christmas trees in South Carolina.

Our first year wrapped up last night with the most delicious date night out at a Brazilian Steakhouse. Grilled meat is probably my husband's love language- though I noticed it was missing from the best selling book. If you've never been to a Brazilian steakhouse, they essentially continuously serve you various grilled meats (cut straight off a skewer onto your plate), until you turn your cube to red to ask them to stop. There are also the most delectable "bars"- cold and hot items to select from as sides and if you leave this place feeling anything less than stuffed you're doing it wrong. 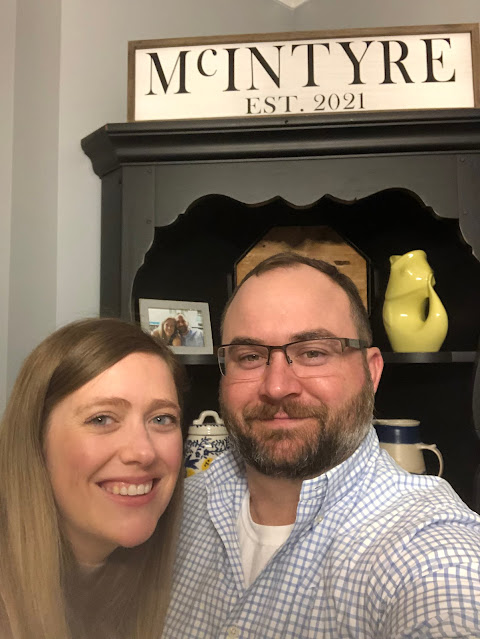 We managed to sneak in a picture- after we got home because we're forgetful like that. I am wearing a dress that I wore on our second date. We live in a different state, I have a new last name and a much rounder belly than I did the first time I wore it but I'm still standing next to my favorite guy and if possible I'm even happier.

Now I'm no expert after only one year, but it feels like the core of our marriage is built not just in the milestones- of which there are plenty but in the day to day as well. That's where trust is formed, where habits and quirks are learned, where romance is shared, and daily choices are made to love the other person well. I love doing everyday life with my husband- he makes it fun, he's patient with me, he's thoughtful and generous, he's cranky almost never and is the funniest man I know.

So year one- check! I'm pretty excited about year 2!

Email ThisBlogThis!Share to TwitterShare to FacebookShare to Pinterest
Labels: marriage