J is for Just Kidding

J is for Just Kidding!
It was the start of a September weekend in 2007. Sister was preparing to head back to university, my dad had just celebrated a birthday and mine was right around the corner. My parents picked me up from school and told my sister and I that we were going to spend the weekend somewhere with some type of historical building (I honestly don't remember exactly what it was they told us- a church, cathedral castle- one of the three c's). Something dad wanted to see. So sister and I geared up for a weekend with some history and sightseeing, definitely not thrilled, but not complaining because it was dad's birthday so we'd do what he wanted to do.
At some point in the drive, we passed an exit sign that indicated we were not too far from Disneyland Paris and sister and I commented how that would have been a fun thing to do for the weekend instead of whatever historical excitement they had planned. Mom and Dad nodded along with our comments and then Disney tunes started playing from the radio and they announced...just kidding! That's where we're going! 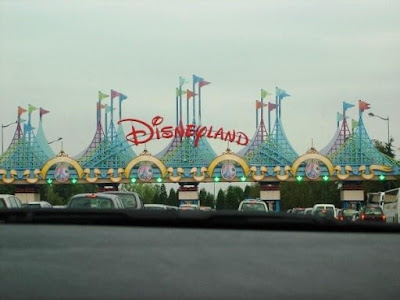 Our family loves Disney World (Florida) and had been a handful of times but it had been years and so the news that we were headed to Disney Paris was pretty exciting. Disney Paris is not the exact same as Disney World (and I've never been to the one in California so I can't speak to that). But it was similar enough to give us all the homey feels. 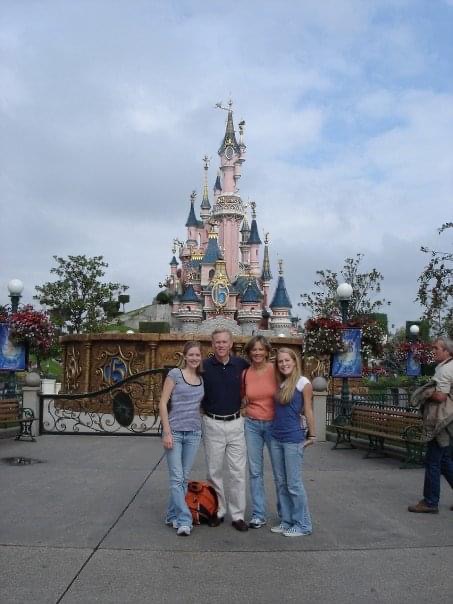 We spent the day in the Magic Kingdom with Cinderella's castle and all the fun familiar things we expected to see. 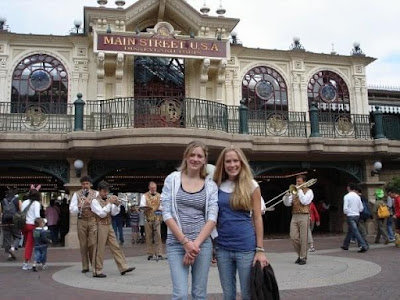 And I think there were some teary eyes at the sight of "Main Street USA". We absolutely LOVED living in England and being overseas but your heartstrings still tug when you're reminded of "home". 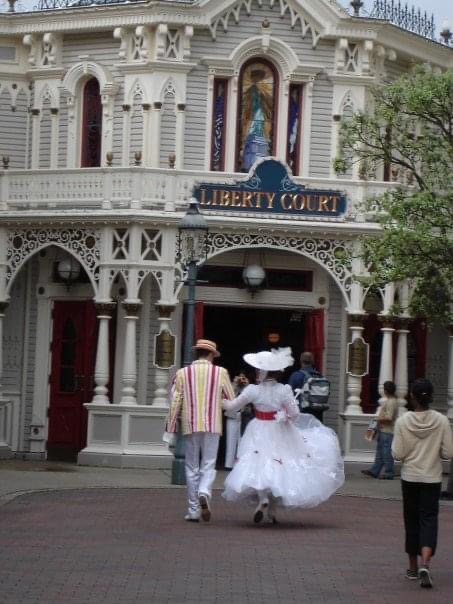 There were characters that wandered through the park. Young Maggie was always all about meeting the characters, giving them hugs, getting their autograph in my book. And almost 17 year old Maggie wasn't quite as enthusiastic about that but it was still fun to spot them walking down Main Street. Nothing makes you feel more like a kid than being at Disney World. I've been twice since this trip (to Disney World Orlando) and I stand by this statement. Disney brings out the youthful joy of a child in anyone. 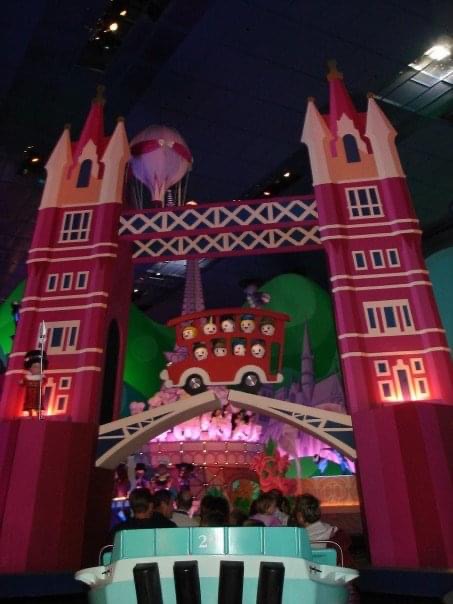 We got a big kick out of riding the "It's a Small World" ride and looking for places we'd been. Also, you're welcome because I'm sure you're now singing that song. What an earworm! 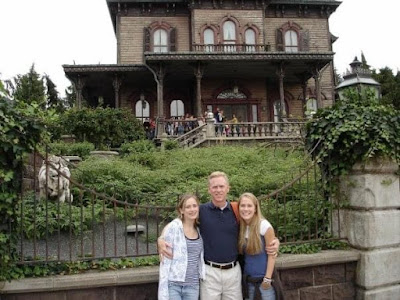 And there were some of our favorite rides- the Haunted Mansion is always a favorite. 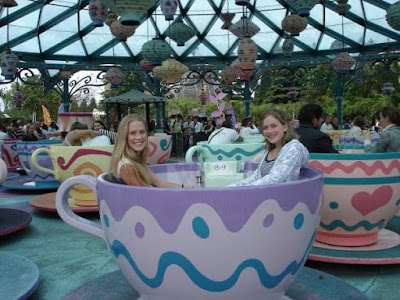 And I never turn down a ride on the Mad Hatter's Teacups. Well back then anyways...not sure I'm up for that these days.  There was Thunder Mountain Railway- the only roller coaster my mom will ride and the Snow White ride. I'd like to point out- you have to be a pretty big Disney fan to recognize this ride as Snow White from the minimal background available and 14 years later. 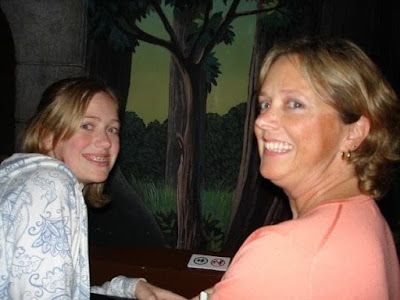 And you have to check out the lights when at any Disney park- no fireworks here but Main Street all lit up is still something special. Gosh- remember when giant crowds of people could just be smushed all together with our faces uncovered? 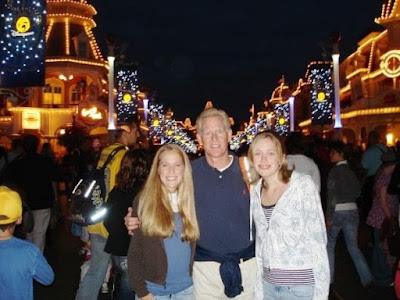 We also spent time in the Hollywood Studios part of the park. 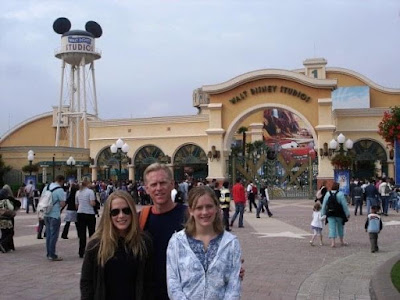 Where we rode a family favorite... the Indiana Jones ride. 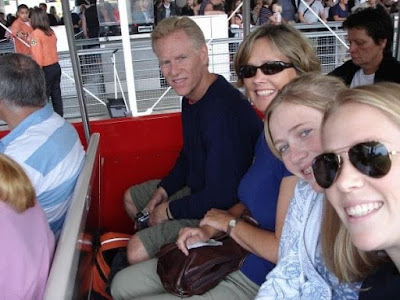 And made silly faces at the gift shop. My dad is the best and most hilarious. 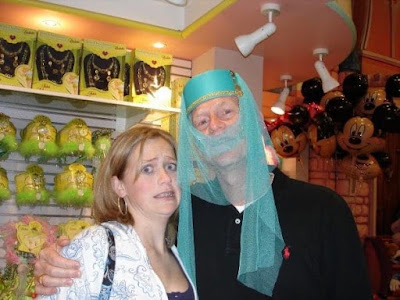 So are my sister and I. This pose used to be cool...I am sure of it. 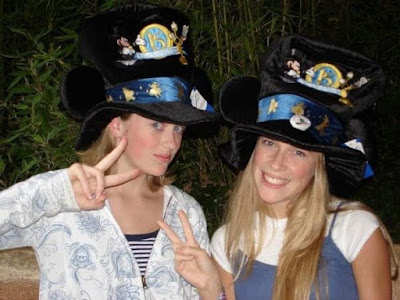 I'm sure a family trip to something historical would have been a great way to celebrate that weekend. It would have been full of culture and history and would have grown our depth of knowledge. But this trip? Was spontaneous and fun and full of kid like wonder and belly laughs and Disney magic. And those things are important too. 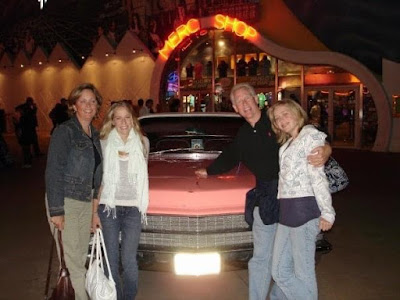