K is for Kilt

K is for Kilt

In August of 2006 our family was packed and ready to head to Edinburgh for the weekend. Unfortunately our plans were halted when they cancelled our flights due to the terrorist plot that led to the banning of liquids on planes in the coming months. But my parents decided we would head to Scotland anyways, but by car instead. Our family was no stranger to car trips but I've got to tell you, I was a bit surprised to find it would take us almost 7 hours to get there. Sister and I were good sports about it though and occupied ourselves with some selfies and music and I'm sure endless chatter. 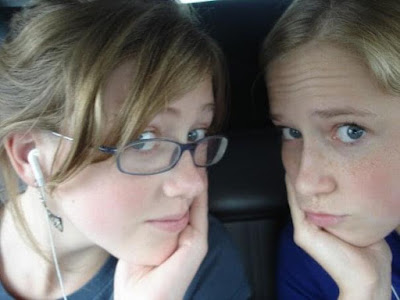 My parents had selected this weekend in particular because the Royal Edinburgh Military Tattoo was scheduled for that weekend. This was a compilation of various military band performances held right at Edinburgh Castle. I wasn't really sure what to expect from this but it was a truly spectacular performance! 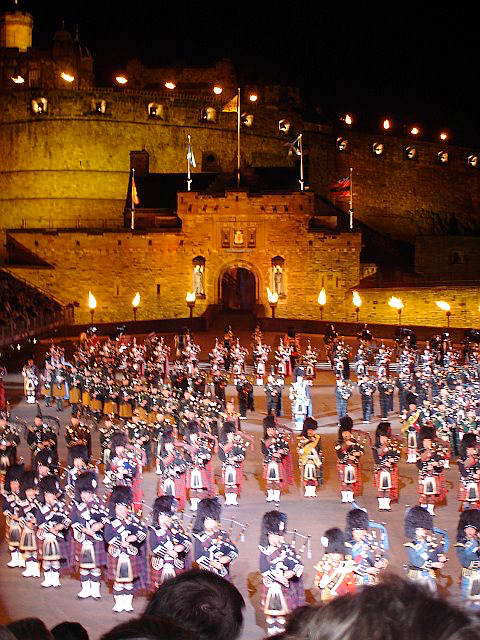 And unbeknownst to us, the city was also hosting its fringe festival, meaning the streets were lined with artists and various vendors and attractions. 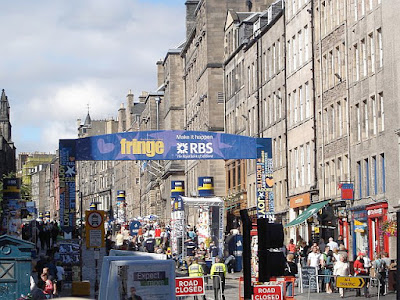 There were street performers and plenty to see. It made the trip that much more interesting, to see so much of the local culture on display. 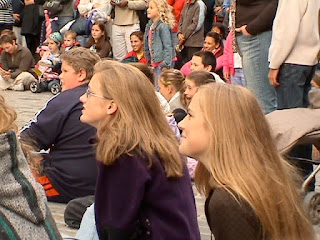 We visited the Royal Yacht Britannia which belonged to the Queen for 40 years. 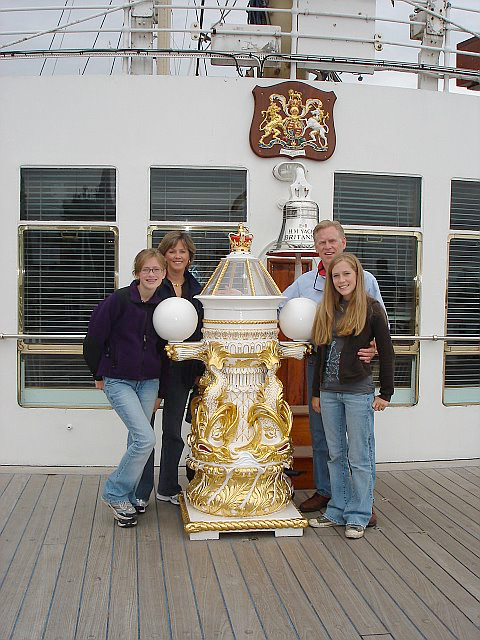 It felt like a floating palace and definitely made me wish I was a princess. 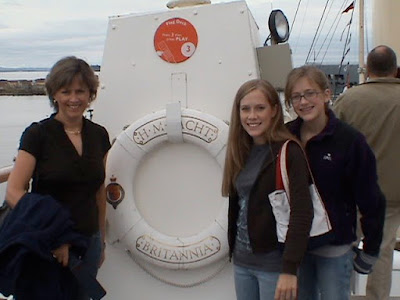 There was also a bus tour at some point. I am a big fan of a bus tour and I am not sarcastic when I say that at all. You get to see big chunks of cities when you can do it on wheels, it often comes with a delightful breeze and gives your feet a break from all the walking. So I gladly donned my headphones to listen to the history of the city. 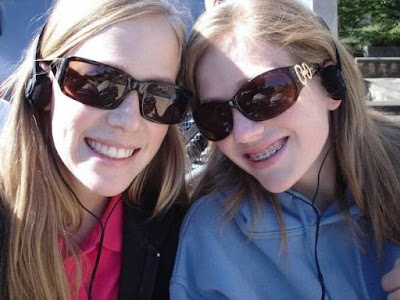 We spent a large chunk of one of our days exploring the castle that is situated in the heart of Edinburg and I would say it was the highlight of the trip. It offered beautiful views of the city along with interesting historical factoids. 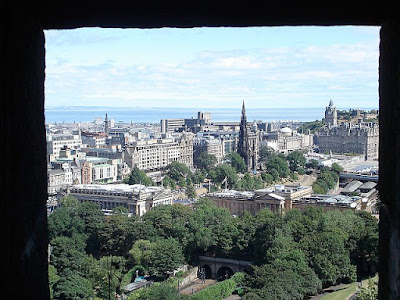 This seems like a good place to fill you in on the weather in Edinburgh. Just as a reminder in case you've forgotten from the beginning of the post...it's August in these pictures. And yet, in almost every photo we are in long pants and sweatshirt or fleeces. Ahh summer. 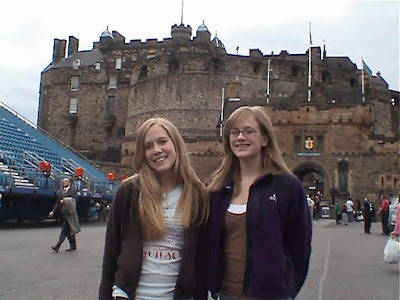 But we did get a gorgeous day at the castle. So much so that we sent this picture out as our Christmas card that year. The trip didn't start out as we planned. There was some fear, some uncertainty, cancelled then rearranged plans. But we made the most of it all together and turned it into a weekend to remember! 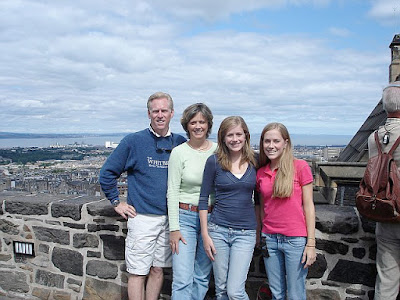